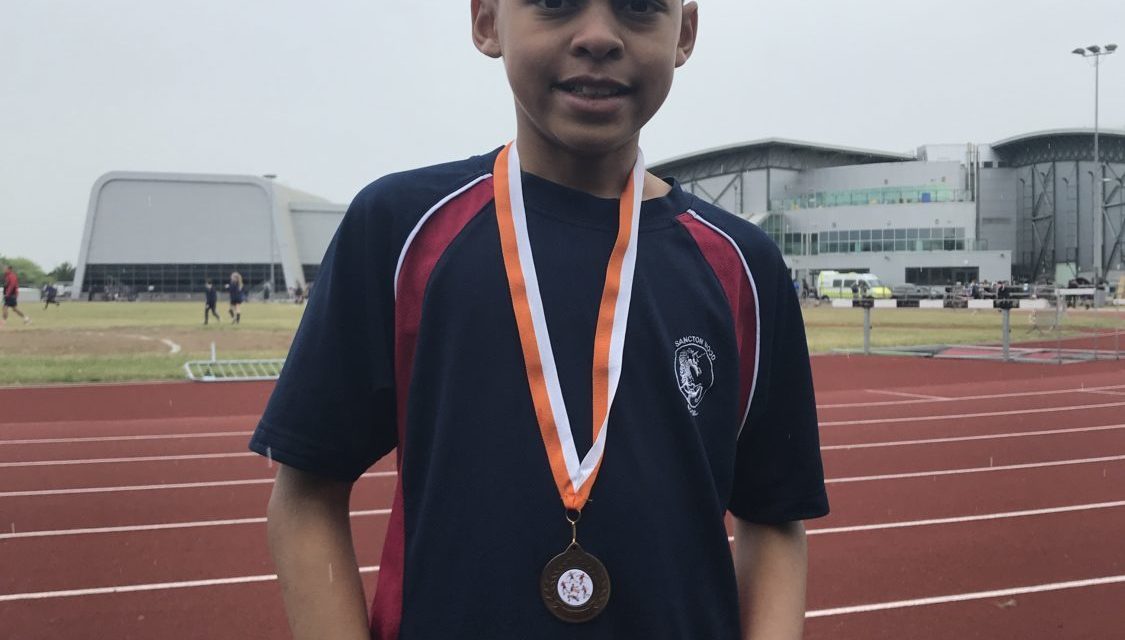 After a very wet but exciting day in Southend the Junior athletics team came away on such a high.

The year 6 boys started the day well with a Bronze medal in the relay team. David K, Oli C, William and Declan.

Tom J won Bronze in the High Jump. Tom also pushed extremely hard in the 600m to narrowly missing out on another medal.

We had many pupils achieve their PB in a number of events and some pupils trying something new for the first time like Sophie in the High Jump.

The whole team performed to a high standard, particularly in such miserable conditions. Well done!